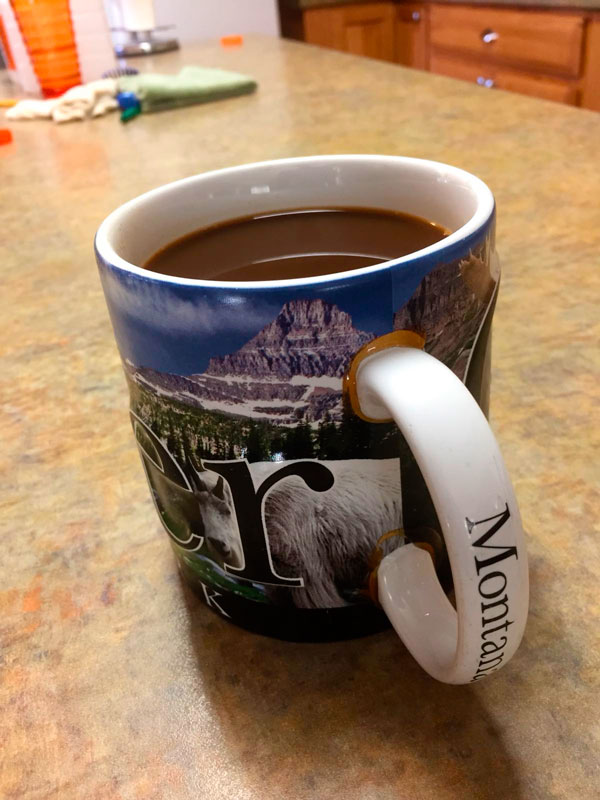 I’m a nurse at a hospital where I work twelve hour shifts.

Across the United States, nurses who work twelve hour shifts are considered full time if they pull three shifts a week; I generally do two shifts, sometimes three.  To most people outside of nursing, working two or three shifts a week sounds like cake.  And sometimes it feels like cake too because I end up having four to seven days off at a time.  So I jokingly call myself a Stay at Home Mom (SAHM) who works part-time.  I’ve always had a job throughout my motherhood, but when I was PRN (Latin for “as needed”) I was able to take off several months at time.  I broke my foot when I was eight months pregnant with Joshua. Thankfully I was able to stay out of work from the time I broke my foot until he was six weeks old. When the crisis with my dad arrived, I took off several months including time in January and February and then again last summer.  Money was tight, and we ran up bills during those times, but I was able to keep my job.

When I’m at home, I work to catch up whatever the baby sitter and Brad couldn’t get to.  We are grateful for two baby-sitters who meet the definition of nanny because they take our children to and from school and activities.  They are both driven to hard work so they willingly help clean up the house and enjoy taking care of my shopping list.   It’s pricey though to have this help, and many times we have discussed putting Joshua in a day care for much less.  This isn’t feasible though because we don’t have anyone who can reliably pick up our kids from school when I’m at work, let alone make sure they get to cross country and art lessons.  If we left them in aftercare we would be paying more for childcare than we do now.

Life is a constant motion of tension and release.

Periods of tension last for days or even weeks, then there’s a release.  Last week I worked my 12 hour shift on Thursday, leaving the house at 6am and getting home at almost 9pm. I was off on Friday, then worked Saturday, Sunday, and Monday.  When I got home Sunday night it looked like my house was inhabited by raccoons.  It’s not that Brad doesn’t help.  He cooks, cleans, bathes the children, gets them to church, and manages our chickens, cats, dog, and calf among other tasks.  Our kids feel they “work all the time” because they help with almost everything, but most of what they do requires close supervision because they’re young. Messes exude from them like the dust cloud around the Peanuts character Pig Pen. 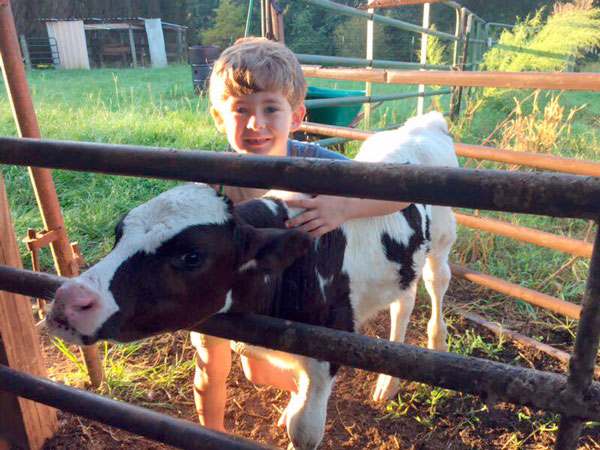 By Sunday night Brad was exhausted.

And Monday was another long day.

Our nanny for Monday put in a full’s day work taking care of Joshua and cleaning the house while the big kids were at school, and then feeding, bathing, and making an attempt to get homework done after school and Cross Country practice.  When I got home from work, my kitchen was piled with dishes, there were crumbs and substances on the floor, homework had been missed, papers needed to be signed, uniforms needed to be washed.  Uniforms ordered in August have still not arrived so my daughters are wearing the same skort and blouse everyday making daily or at least over other day washing necessary.  Because of Cross Country practice my nanny had arrived home at almost the same time as Brad so that all her cleaning was mostly undone by the time I got home.

I was not working Tuesday, but I had to drive to Slidell, 45 minutes away, to take in an hour long work related seminar.  This meant at least three hours of my day would be taken up with a task I had no desire to complete.

I had spent the weekend caring for a lady who probably wasn’t going to make it.  At some point last week, I had been messaging a friend who just found out her dad has a mass in his chest.  I had no stellar words to calm her fears, except to ask her a few questions and tell her “I am here.”  We sent a little chit chat back and forth later, and I told her I had been busy at work.  She said that it must help.

Tuesday morning, after the big kids were off to school and I was organizing my day in my mind, a sense of impending dam breakage began to rise.  It was a sensation of dread and mortification, with mortification being, not embarrassment as we usually think of it, but horror.

And the dam broke.

In my mind I saw my dad who, aside from being in a hospital gown, wearing oxygen, and breathing too fast, seemed unusually well for how sick he was.  I saw myself sitting there in my jeans and sweatshirt, losing weight, needing a run, and quelling fear.  We didn’t talk much for those weeks. Death was sitting in the empty chair like a vulture, and we just worked around him.  Death sucked a cigarette and exhaled smoothly turning his head aside as if Dad wasn’t really there.  Death was silent and patient and stealthy.

I remember standing up for no reason except there was nothing else to do, and looking out the window at the hospital roofs and duct work.  A nurse walked in.  I felt like I was in a Lifetime movie nightmare, where if the nurse is able, he will notice that the daughter of the patient knows, but she can’t do anything about it.  She looks nervous about the eyes and hopeless, but she’s calm and takes care of her dad.  In the movie, it is at this moment when the nurse says something terribly poignant, and the daughter breaks down in tears acknowledging the bitter truth.

Thankfully none of our nurses were tactless enough to attempt this.  Most of our nurses were competent and knowing as well.  Only a few were clueless, rude, and too busy.  I forgive them easily, because I have been that nurse to my dismay at least once or twice in my decades of working in healthcare.

This scene played in my mind on a loop Tuesday morning. I had too much strong coffee on board, my usual routine. Every muscle and brain cell was tense—dishes, stickiness, homework slipping, grass needs cutting, work on Wednesday, awkward relationships, marriage strife, bills, work classes to take, mediocrity, dirty sheets, clutter—pressure on every side.

And Dad. Oh for unprintable despair, what happened to you?!

I reached out to my Aunt Becca.  She brings out my best self and my worst self, which is to say I am 100% comfortable showing her my ugly, although regret follows quickly.  I called her and as we always do, we listened, we exchanged, we heard, and we solved almost nothing except the need to share and be acknowledged. 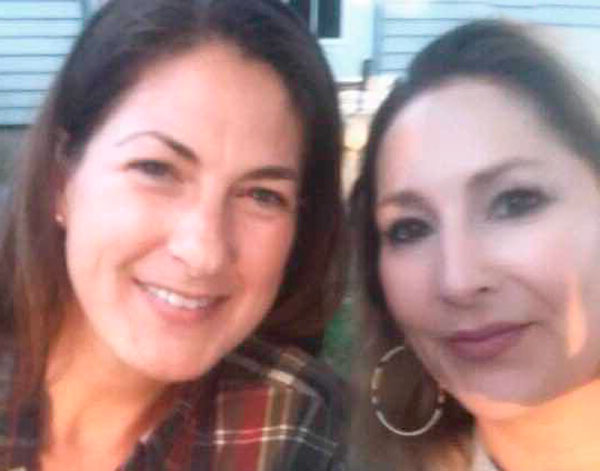 When I hung up I realized I had 15 minutes to gather everything I needed for myself and four kids until about 5pm that evening.  I was still in my pajamas and Joshua was still in just a diaper.  I had told my Sophia not to bring her running clothes to school because it was Wednesday, and there was no practice for Wednesday.  Wrong.  It was Tuesday.

I threw myself and three bags of necessities together and headed out.  When I arrived at Slidell Memorial’s Founder’s Building with two minutes to spare, wiping tears of on-going grief off my face, I found out I had literally missed the bus that was taking employees to the location of the class.  Evidently it had changed since last year, and somehow I had missed the memo.  I called Brad back.  He had taken off work and met me in Slidell to watch Joshua for an hour so we could save on baby sitting fees.

We blew our savings on an overpriced lunch at KYs Bicycle Shop.  And I breathed a sigh of relief.

My work seminar was going to be about empathy and kindness in the hospital setting.  I knew there would be stories about illness, death, and fear.  Our role as providers would be reviewed.  Much of hospital reimbursement now comes from how patients and their families perceive the staff’s caring and kindness.  It’s important enough that we now center a significant portion of our education on how to be nice.

It was the last thing I felt I needed.

And I have no doubt God diverted my path that day, because even though I’m chronically running late, I had made every effort I knew to attend that class.  Now I need to reschedule.

Tuesday morphed into Wednesday.  My sitter took hold of my house and made it worth living in again; she bought groceries, she sent me hilarious snippets of conversation she had with my about-to-be-three year old while I slogged away at online classes at work.

Today is Thursday.  Race day.  The “I’m a terrible mom/ wife, and a mediocre employee/friend” tension has eased again.  There are still bills, doctor appointments I’m putting off, creaky joints, relationship struggles, eye bags, too much coffee in the morning, friend’s sick babies, world hunger, and the nausea that comes with knowing he is just not here anymore.

But I don’t have to go back to work until Tuesday.  In the meantime I’m a SAHM.

I have hours and hours to spend with my children, a dinner date with my dear friend Carol Leigh on Friday, Joshua’s birthday party on Saturday that I should probably start planning, and church on Sunday where we are anticipating good, good changes inside our stable group of attendees.  In between and overlapping these beautiful events, there will be good coffee, quiet moments with my Bible and the still small voice, time with Brad, maybe a long run if I can shove it in somewhere on Saturday, smiles, laughs, karate practice, friends, and of course texting with Mom and family.

There is one thing I dread more than losing my dad, and that is losing my children.  I push that fear aside as trouble God says not to borrow.  Money is still tight.  Our nannies are still expensive.  I still want to be a SAHM.  My dad is still, not.here.  But the tension has eased overall.

If you can, draw encouragement.  Life goes in cycles. I try to flow with it, taking myself a little less seriously.  When the craziest things happen, I try to remember what my dad told me about me and Brad.  “You need to lighten up a little in some areas, and he needs to tighten up.”   And, “When I drink my coffee on an empty stomach it tends to make my nerves more taut.”

It helps me keep life in perspective.