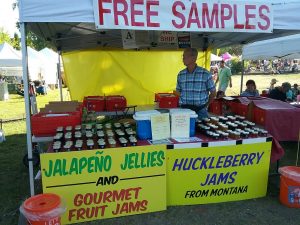 Before losing my dad I had never considered having a relationship with a deceased person.

It seemed obvious and logical that once the person was gone, the relationship ended.

Of course, there would be memories and the grieving process and the waiting period before being reunited in Heaven.  Even when friends would say, “My [mom/dad/child] is with me in spirit,” it never crossed my mind that the living person was experiencing their loved one in a new and dynamic relationship.

I assumed it was all in their head so to speak.

I believe in the afterlife, and I believe a person’s soul and spirit never die and that their body will be resurrected to eternal life or eternal death when Jesus returns for the Church.  But I didn’t know how intensely I would feel my dad’s presence after he breathed his last earthly breath.  In fact, this  new relationship began immediately after his last breath was drawn.  I listened for his absent heartbeat with my stethoscope and, realizing what we dreaded and prayed for as he grew weaker and more uncomfortable had come to pass, I assumed care for him in this new state.  He became a familiar but different person to me.  Bodily I wanted to be sure he was buried with honor and care.  In spirit, I wasn’t sure where to place him.   I have confidence his spirit went to Heaven, and yet he seemed to be right there with us and continued to be with us as the days passed.

A dear friend and fellow blogger, Betty Draper, made a comment on my last blog post that addressed an aspect of death and dying I had not wanted to admit out loud.  It was the feeling of shock and even guilt as we look back at what our loved ones had become in the days leading up to their deaths and prior to their burials.  In her case, she buried her mom two years ago, and her emotions are sometimes still raw:

“Just recently I found some pictures of my mother with Tara in her bed at the nursing home a few days before she died. I had not seen them…it stunned me, literally, she looked like she was dead yet I know she was alive then. I transferred them to my phone so I could study them, that did not work. It caused such mixed emotions in me. I don’t remember her looking so bad. Then I look at her in her light blue coffin in her red plaid blouse that she loved so much and she looks alive, well sort of, but not like death. They puffed her face up, put make up on her, combed her hair, put soft lights on her, she looked pretty but those nine days before she died, she looked dead.”  –Betty

I have not posted on social media any pictures of my dad during his illness or after he passed.  I don’t want anyone who didn’t see him in person to look at him and feel shock, revulsion, or pity.  My dad was a strong man and a handsome man. His sickness doesn’t define him and, for me, there’s something horrible about putting such a broken body on display.

When my loved ones are sick or when I am fearing the worst for them, it’s as if my own flesh is being torn, crushed, eaten away, or killed.  My stomach contracts, the back of my eyes feel unstable in their sockets, my mind expands in an attempt to comprehend and reverse the problem.  I have to call my imagination down and take control.

Then my mom sent us a picture that chilled me thoroughly.

It was January 12th, the day he moved home on hospice and the day I flew back to Montana to be with him.  He was sitting in a wheelchair at the hospital waiting to be taken to the car that would bring him home.  His face looked small and gray under a chulu, the traditional Quechua hat we saw often in Bolivia. His coat stood out from his body as if trying to fill him out.  His eyes were black points full of concentration and a touch of confusion.  I’m sure he was concentrating on breathing and the confusion is what we all felt–how could this be happening?

Just a month earlier on December 15, he had called me to say he was being admitted to the hospital for a blood transfusion and planned to be discharged the next day. “I don’t want to let this slow me down,” he said of the cancer.  Now, he was finally being discharged with the worst outcome we could’ve imagined waiting just ahead of us.

During the six days that followed, we took pictures and videos of my dad and sent them to Jason who could not leave Bolivia as quickly as we wished him to.  We also wanted the pictures for ourselves; a man so important in our lives was not to be dismissed or put away in his last days.

His deterioration seemed to fluctuate as far as his looks were concerned.  At times he appeared almost normal.  His arms and hands were the same as I had always remembered, but his face began to change and his feet and legs were swollen.  He didn’t lose weight but rather gained a few pounds of water weight.  He didn’t look dead, but he looked terribly sick.

Several times since then, we have talked together rehearsing our actions, conversations, and decisions.  Everything we did was deliberate and often discussed before it was done and then again while it was taking place.  This was true while he was in the hospital and then again when he came home where we relied heavily on my Uncle Hugh and Aunt Rebecca for moral and physical support, especially in the last three days.  We had a couple serious conversations about whether there was any hope left.  In one of those conversations, he looked directly at me as a nurse and asked what he should do.  It was a defining moment for me.   I was walking a tight rope while holding a pole and balancing two weights.  One weight was marked “daughter” and the other “nurse.”  He relied on both of my identities and at times, he couldn’t see that I was both.

I have asked myself over and over, “Why didn’t I see it in July?”  When he was finally admitted in December his hemoglobin was 5.8, a third of the normal level for the average man.  That must have started in July.  Could I have done anything more at that time?

Seeing that we can’t go back, we satisfy our questions with the knowledge that we did all we could with what we knew every step of the way.

This was true in July when he looked a little worn, but could still out-hike me, work two jobs, maintain his yard and garden, fulfill numerous volunteer tasks, and chase his grandchildren around the house. 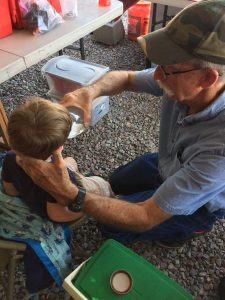 True in September when he had a dizzy spell significant enough that his director sent him to the ER where every test came back within normal limits.

True again in October when the pain began to interfere with his work, but he kept at it.

Still true in November when he could no longer work, but continued to move about the house doing small tasks.

Still yet true in December when he walked up two flights of stairs to see the chiropractor who sent him for a CT that would change everything.

And still yet true throughout his 18 remaining days in January.

And so we push down and refuse to allow guilty thoughts to take hold.

On January 19, we sat in the funeral home talking with Jayson, the director.  We had decided to have the funeral on January 27th so people could travel from out of town and so those close by would not have to take time off work. I didn’t think about the average time between death and the funeral being three to four days.  Jayson didn’t mention it or discourage us in any way.  At the time it seemed like the most logical plan.

It was probably the longest eight days of my life.  Eight bitter-sweet, empty days of feeling lost and confused, and yet I was focused and determined as well.  We needed time to figure out what had just happened and to finish this particular chapter well.

The new relationship with my dad.  It wasn’t and isn’t mysterious, dark, or evil.  It isn’t necromancy and doesn’t involve mediums or any type of witchcraft.

It’s just a relationship I did not know was possible that seems to change as I get to know who he was and what his role in my life is now.