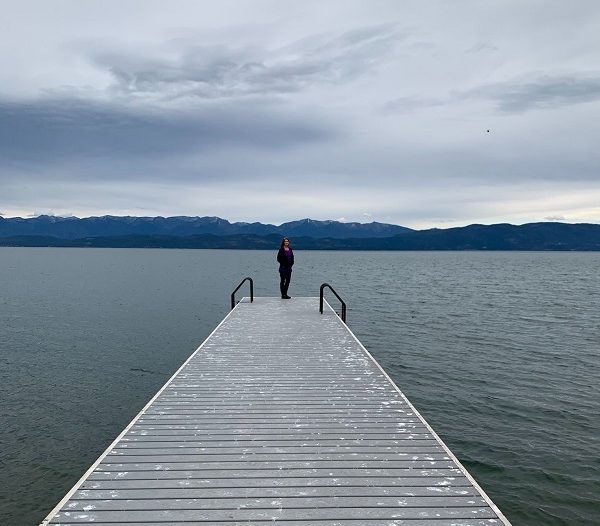 My words are meant to meet you where you are in your thinking and leave you with more to think on. Or at least leave you knowing God is not especially alarmed at us.

Once I thought my unique upbringing set me apart from others, but as I met “others” I realized the setting was different, the circumstances were different, but the pains and the joys of growing are similar across the human race. I still connect deeply with people who grew up like I did, but I have also found that connection with people who are “from around here.”  For me “from around here” is a phrase that means you grew up in this region, state, county, town, or even in this neighborhood where we are holding a conversation. Wherever I go, people know instantly I am not from around here. They ask about it and hear me say this: “My parents were missionaries in Bolivia so we spent many years there, but we also lived in Georgia for many years. My dad is from Montana and my mom is from Virginia. But now I live in Mississippi with my husband.” Most folks are mildly curious about missionary life or they murmur something that sounds like approval for a having lived that life. The questions, once so repetitious when I was younger, have dropped off now that I’m so far removed from it.

But that life is never far from my thoughts. I was born into New Tribes Mission in 1975, an MK (missionary kid) as were my older brother and younger sister. Along with idiosyncratic family dynamics, the moors and catches of a cloistered institution helped form my worldview. I forged the strength of my heart and broke it again within the confines of a godly, and yet whitewashed, society. Had I only known that was the beginning of learning, I may have tried harder to learn my lessons before emerging into the real world.

Arriving in the United States in 1994, I was armed with a wide worldview, fear of failure, depression, a plan for my life, a longing to write a story, and a deeper longing to love and be loved. I knew one thing best: God, though He may have been absent a few times, was nearby. That is, until I questioned even God. The darkest years of my life were spent in the beautiful, old building on a hill in Waukesha, WI called New Tribes Bible Institute (NTBI). I planned to buttress my Christian upbringing with two years of complete immersion in biblical learning before I ventured into overseas missionary life like my parents, who were still on the field.

Life after NTBI proceeded slowly without definite direction. I was perhaps even more timid than when I left Tambo, the boarding school in Bolivia. I knew God existed, but I had questions for Him. He seemed rather silent on all counts. My plan, the plan I thought God had for me, was not panning out, and I moved to Georgia looking for the next step. Georgia was where my parents’ strongest supporting church was, and they had been living there while my mom recovered from cancer.

Two decades later, (two decades!) I am living with purpose. It’s the life I did not want, and yet the life I longed for. I’m a registered nurse, wife, mother of four young children, separated by thousands of miles from my father, mother, brother, and sister. I know now God has always been there, but He is patient in the journey, liberally allowing sin to take its course while the pinnacle of His creation, people, react and grow or react and crash. Depression lurks nearby, but does not swallow me. I love deeply, feel awkward in crowds of two or more, sorrow more than my right, sin terribly when I think it’s justified, and grieve at my Jesus’ feet when He calls me out. I’m still 25 in my mind, but because of the “blink your eyes” concept I’m also close to 60. Reality is the calendar saying I’ll be 42 this year. I still feel inferior when someone rejects me, seek to understand those who are different, miss my Tambo family, and hope for my first family to live on the same street someday. Yet I’m settling into the knowledge that the thoughts of my unchangeable God toward me are what matters, that polarizing differences are part of the world, that Tambo will always be close, and my original family may always be scattered.

My desire is to provide a good read through what God has given me: words to express our common denominators and to cause you to consider Him again, and again.  God has not always been my best friend, but I have always been the object of His affection.

My dad passed away in 2018, a defining event in my life documented here in the blog.

Then, after a long, hard battle my marriage officially ended with the divorce being made final in 2021.

In the meantime, my kids and I had moved to Montana where I tried to regain my bearings the first year and began saving money the second year.  The housing market doubled and tripled, so my mom and I agreed it would be good for my kids and I to remain in her house with her and my sister for the time being.  While I’m following God’s guidance for the next steps of life, I continue to ask Him to remake me in the image of Christ.  These writings come from a place of brokenness with great hope, the hope and peace God promises in this world.